Think You Know Everything about Botox?

In the past several years, Botox has become one of the most recognized wrinkle-reducers to ever be developed. Most people who have heard of Botox know this drug to reduce the signs of aging by temporarily reducing muscle contractions in certain parts of the face, such as between the eyebrows. Most know that the results… Read More » 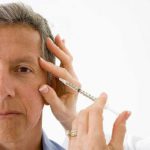 Men May Have a New BFF in Botox

Men are starting to admit that they don’t like certain aspects of aging any more than women do. It doesn’t matter if a man is in his thirties or in his sixties, we are commonly hearing that there is very little tolerance for problems like worry lines and frown lines. Statistics back this up, too,… Read More »